All This and Rabbit Stew

All This and Rabbit Stew

All This and Rabbit Stew is a 1941 Merrie Melodies short directed by Tex Avery.

The title is a play on the 1940 film All This and Heaven Too.

Bugs Bunny is being hunted by a slow-witted Black hunter. After Bugs outwits the hunter several times, Bugs wins all of his clothing through a dice game. The man then covers himself with only a leaf and remarks "Well, call me Adam." Bugs rushes back and plucks the leaf.

(1986) VHS
Bugs Bunny (Although Fresh Hare is advertised, there are copies that play this short instead) 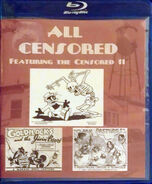 Bugs screams and does a wild double take when the angry Black hunter goes after him by the cartoon's climax. 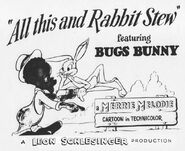 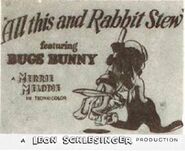 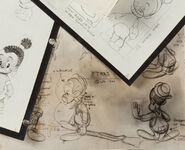