Davis' career started at Paramount's cartoon studio under the supervision of Max Fleischer, and is reputed to have been the first in-betweener in the American animation industry. Another of his distinctions was that he tapped out the famous "bouncing ball music" of the "Follow the Bouncing Ball" cartoons of the 1920s. While one of the Fleischer brothers played the ukulele, Davis would keep time with a wooden stick with a white thumbtack on the end, which was photographed and incorporated into the films as the actual moving ball. Later, Davis moved over to Universal as an animator for the Charles Mintz studio. While there, he helped create and develop Toby the Pup and Scrappy with fellow animators Dick Huemer and Sid Marcus. Davis would eventually be promoted to animation director and remained at the studio even after it became Screen Gems in 1940.

By the end of 1941, Davis was fired from Screen Gems and was replaced by Bob Wickersham. He managed a liquor store for three months before he moved to Warner Bros. where he worked for director Norman McCabe by summer 1942. After McCabe left for the army and when Frank Tashlin returned to Warner Bros. by September, Davis worked as an animator for his unit and remained briefly when his unit was assumed by Robert McKimson after Tashlin left in 1944. Later in 1945, when Bob Clampett left to pursue a career in television, Davis left the McKimson unit and took over Clampett's unit.[1][2]

Davis supervised twenty Warner Bros. cartoons (with an additional four that he only contributed to), with a tone somewhere between those of Clampett and McKimson. He had a distinctive characteristic visual style, which can be seen as far back as Davis' Columbia shorts, in which the characters move from the foreground to the background, as well as from side to side, using all axes of the animation field. His department was shut down only two years later in 1947 when Warners was having a budget problem.[3] Davis then was taken into Friz Freleng's unit, and served as one of Freleng's key animators for many years, until the studio closed. Davis also served as a key writer for the 1955 cartoon, "Sandy Claws".

Fifteen years later, Davis directed a cartoon for Warners again, using Freleng's unit. (There were several shorts released around this time, from not only Freleng's unit but Chuck Jones' as well, with the direction credited to varying subordinates.) This cartoon, "Quackodile Tears", was also his last Warners short. After the studio closed in 1963, Davis went to Walter Lantz Productions as an animator. He left Lantz in 1965 to work briefly for Hanna-Barbera Productions, before moving over to DePatie-Freleng Enterprises to direct The Pink Panther shorts and other cartoon series. He also directed the Television Special, The Bugs Bunny Mother's Day Special, and created new shorts "The Yolks On You" and "Daffy Flies North" for the Television Special Daffy Duck's Easter Egg-citement.

Outliving most of his peers, Davis died 9 May 2000, aged 94, after humming a tune. His ashes were buried at sea courtesy of the Neptune Society of Northern California.[4] 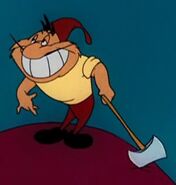 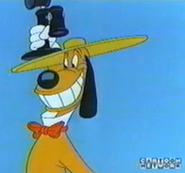 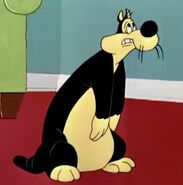 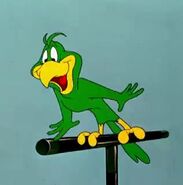 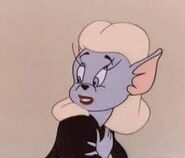 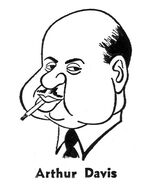 Caricature of Arthur Davis, drawn by Jean Blanchard for the July 1947 edition of Warner Club News[5]

Davis at DePatie Freleng in 1972

Arthur and Rae Kessler with Sid Marcus and his wife c. 1940 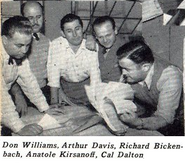