Trying to get off the planet, Daffy and Porky head back but are captured again. At night someone opens their cage and throws a map to the Forbidden Zone. There, in a cave, they are greeted by Dr. Zarius. Daffy's loud shouting causes the cave to collapse, but everyone escapes. 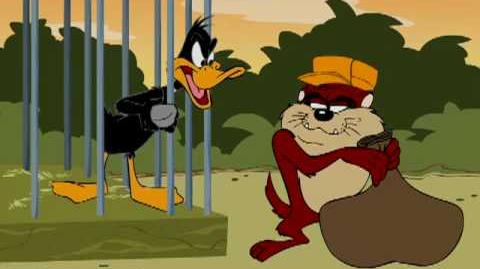 18 Beneath the Planet Taz
Add a photo to this gallery

Retrieved from "https://looneytunes.fandom.com/wiki/Beneath_the_Planet_of_the_Taz?oldid=193014"
Community content is available under CC-BY-SA unless otherwise noted.