Best Bugs is the first segment of the tenth Season 2 episode of New Looney Tunes. It premiered in the USA on March 15, 2018.

Spoiled kid Paul Perdy (brother of Pampreen Perdy) kidnaps Bugs and forces him to be his friend for the afternoon. Bugs does everything to appease him, but it seems like little time is passing. It is later revealed that Paul keeps turning the clock back everytime Bugs leaves. 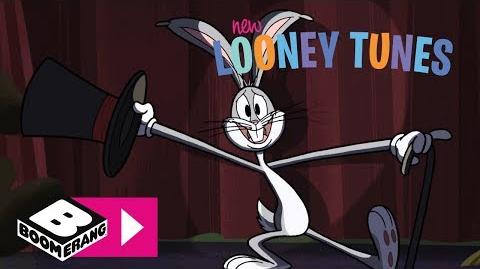 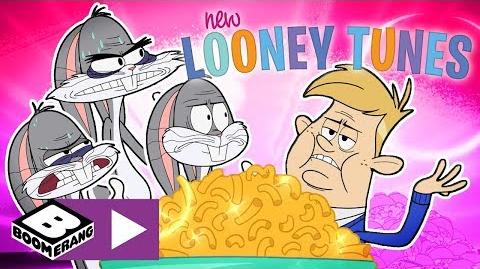 New Looney Tunes - The Best Mac N' Cheese For The Worst Kid - Boomerang UK
Add a photo to this gallery
Retrieved from "https://looneytunes.fandom.com/wiki/Best_Bugs?oldid=173542"
Community content is available under CC-BY-SA unless otherwise noted.