Big Bad Wolf is a villainous anthropomorphic wolf from the Merrie Melodies series. He first appeared in "Little Red Walking Hood". He is based on Big Bad Wolf from fairy tales and folklore.

His physical appearance greatly varies in each cartoon. 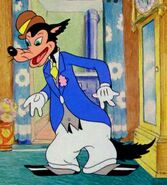 "A Gander at Mother Goose"

"Pigs in a Polka"

"Goldilocks and the Jivin' Bears" 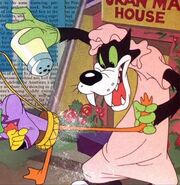 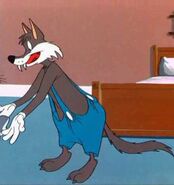