Boobs in the Woods

Boobs in the Woods

Boobs in the Woods is a 1950 Looney Tunes short directed by Robert McKimson.

After Daffy wanders through a countryside singing a nonsense song to the tune of "The Merry-Go-Round Broke Down" and doing silly things, he dives into a lake. Later, Porky pulls up and sets up camp, intending to enjoy the countryside. He first tries making a painting, but is stopped when Daffy poses, "cluttering up" the scenery. Daffy bicycles out on an invisible bike. Daffy then comes back in and tells Porky that, although he does not want "his" lake painted, "the mountains are okay; I don't own them." As he walks off, Daffy comes back in again, dressed as "The old man in the mountains," trying to get the mountains out of Porky's painting.

Porky sees through the disguise and tries to use a shotgun against Daffy, but Daffy runs out of scene and runs back in as a sheriff, who calls for an executioner. The sheriff walks out, and in walks Daffy as the executioner with an axe. At the last moment, Porky is "saved" by Pocahontas, again Daffy. However, when "Captain John Smith" doesn't agree to marry "her", Daffy starts making war whoops until Porky shuts him up.

Porky then decides to try fishing, putting a bait attached to a bell. After fooling Porky twice by ringing the bell, Porky gets the better of Daffy, but Daffy then rings his own bell, only to be surprised when Porky does catch a fish! Daffy then asks about the various licenses Porky has, starting with a fishing license, and ending with "a license to sell hair tonic to bald eagles in Omaha, Nebraska". When Daffy asks if Porky has a marriage license, Porky replies that he is not married, which prompts Daffy to ask "How about you and me go steady?" Porky gets annoyed yet again and tries throwing a rock at Daffy, but Daffy makes out like they're in a baseball game, and encourages Porky as Joe DiMaggio to slide for home. Porky realizes too late that he's not really DiMaggio; "My name is P-P-P-P-m-mud."

Having had enough of Daffy, Porky packs up his trailer, declaring he has to leave before he's driven "as nutty as th-th-th-that duck!" Daffy climbs into Porky's car, throws out the engine and closes the hood. Porky tries starting the car, but gets Daffy's stalled motor sound. When Daffy makes the sound while Porky is out of the car, Porky jumps in, makes some adjustments, then climbs back in the car. Porky 'starts' the car again, pulling on the 'choke' lever, which causes a mechanical arm to pop out and choke Daffy, who is now wired into the car and is powering it. Daffy mentions that Porky has absolutely no right to do this, until yet another license pops out, showing that Porky does, indeed, have a license to use Daffy as a motor! Porky plans to have Daffy's valves ground when they get to California.

Daffy at the beginning of the cartoon 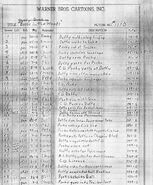 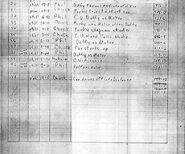 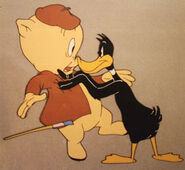 The Pocahontas scene that was edited on ABC and temporarily cut on Cartoon Network. The station ID bug shows that Cartoon Network did air this uncut.