Daffy Duck is humming a jaunty song and walking on the streets of New Looney City when sees his favorite fruit, which is oddly street gum and takes great pleasure in chewing it. Eventually, he loses interest in it and dumps it back on the street, but the street gum has seemingly become too attached to Daffy as he unknowingly steps on it, getting it stuck on his foot and slamming himself into a brick wall, after which is is immediately pinned to the pavement. Realizing that the street gum has become too much of a problem, Daffy decides to lift up his foot with his bare hands, but this only results in getting his hands stuck as well, much to his misery. He then decides to try again, making himself more sticky than before. For a brief period of time, he plays with the gum as a cat's cradle, wears it as a vampire costume, and uses it as a harp.

Unfortunately, the street gum's hold is too strong, even for Daffy and instantly defeats him. Suddenly, a community of tiny green Daffys known as Daffyputians, arrive at the scene to torture the duck, revitalizing his will to fight back against the street gum. He attempts to run away from it by going around three trees due to his own craven cowardice; this fails however, as he is immediately sent flying through the trees, into a construction worker, and back into the street gum. When he emerges, Daffy is now completely covered in the stuff, so he rips it off, along with all of his feathers. Embarrassed at first, he celebrates his freedom before he trips into the street gum, thereby getting stuck once more. Not willing to go through it again, Daffy unzips his skin, comes out as a skeleton, and merges them both before walking away, whereupon another Daffy sees the street skin gum and decides to chew it, beginning a loophole and restarting the whole short. 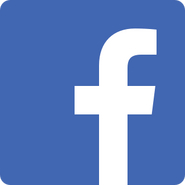