Bugs Bunny went out trick or treating as a witch until he came across Witch Hazel's haunted house. The two of them spend many-a antic together. On the side, other Looney Tunes characters ran into Halloween-typed situations themselves (including Daffy & his nephew and their own encounters with Witch Hazel.) In the end, Hazel tried to catch Bugs, but failed when Bugs turned her into another rabbit and instantly fell in love with each other. 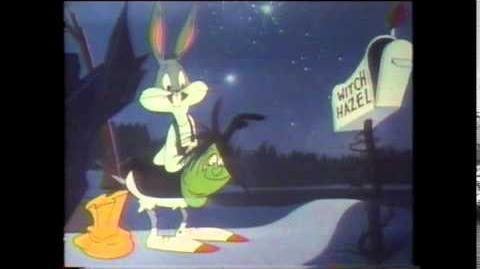