Bugs Bunny Gets the Boid is a 1942 Merrie Melodies short directed by Bob Clampett.

The title is a Brooklynese way of saying "gets the bird", which can refer to an obscene gesture; in this case, it is also used metaphorically, as Bugs "gets" the buzzard by playing a trick, a very evil and nasty trick. In the title card, Bugs is being chased by Beaky, trying to eat him.

A mother buzzard instructs her children to go out and catch something for dinner, horse, steer, moose, pig and cow, respectively. Three out of four agree to their mom's food choices and take off right away. Then Mother notices one of her kids remaining with his back turned. Beaky (called "Killer" here) is painfully shy, easily embarrassed, and a little on the slow side. His mother kicks him out of the nest with instructions to catch a rabbit. Beaky spots Bugs Bunny and soars down to catch him. Bugs makes like an air-traffic controller and "guides" Beaky to the ground with a crash. Upon getting up, he is greeted with the familiar "Eh, what's up Doc?" A chase ensues ending with Bugs crashing into the ground underneath the skeleton of a dead animal. He cries because he thinks he's dead, then laughs it off when he realizes otherwise. Beaky ends up the same way, and just as he begins to call for his mother in panic, she shows up. At first the mother buzzard thinks Bugs did something to her son. Bugs pulls Beaky out of the ground; at which time the mother buzzard kisses Bugs, causing him to blush and say "Nope, nope, nope," just like Beaky. 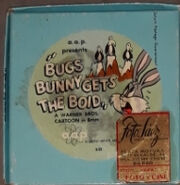 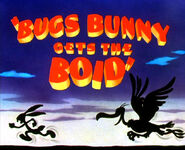 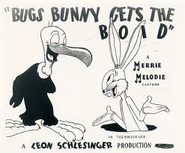 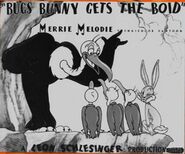