Conrad the Sailor is a 1942 Merrie Melodies short directed by Chuck Jones.

Aboard a battleship staffed by anthropomorphic cats, most of whom are singing "Shovin' Right off for Home" as a chorale group, Conrad swabs the deck. He is interrupted by Daffy and his pranks. The two chase and torment each other. All action screeches to a halt whenever the ship's diminutive captain passes, as both sailor and duck snap to attention and salute. Conrad and Daffy are being chased by a shell from one of the ship's big guns. All three, including the shell, snap to attention as the captain walks by.

Animator John McGrew borrowed much of the staging for the cartoon from Sergei Eisenstein's film The Battleship Potemkin whilst it also saw his first use of match cut where different objects in separate scenes would have the same basic shape, with McGrew giving the example of a gun and a cloud. 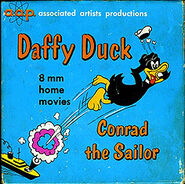 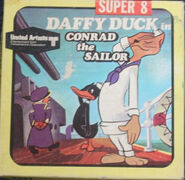 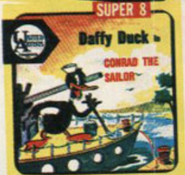