Dr. Moron, also known as Dr. Frankenbeans or simply "Mad Scientist" or "Evil Scientist", is a character in the Looney Tunes franchise who is credited as the creator of Gossamer and other assorted monsters, such as the Evil Giant Robot and The Carrot Monster. He lives in a rather notable large looming castle built over a waterfall that has large, blinking neon lights on its side that read "MAD SCIENTIST" and "BOO".

"The Island of Dr. Moron" 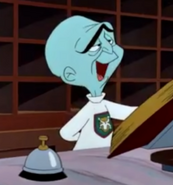 A Game of Cat and Monster! 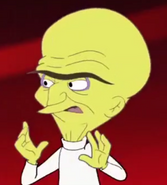 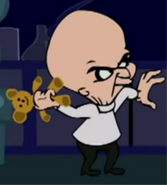 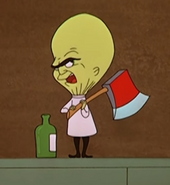 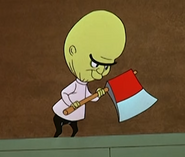 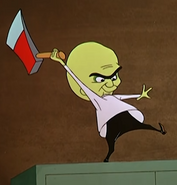