Duck Dodgers in the 24½th Century

Duck Dodgers in the 24½th Century

Duck Dodgers in the 24½th Century is a 1953 Merrie Melodies short directed by Chuck Jones.

Duck Dodgers must search for the rare element Illudium Phosdex, "the shaving cream atom." The only remaining supply of the element is on the mysterious "Planet X", which fortunately is found when Dodgers follows a path of planets shaped like letters, leading from Planet A to Planets B, C, D, and so on until he reaches Planet X. Dodgers is about to claim Planet X in the name of the Earth when Marvin the Martian, in a ship called the Martian Maggot, lands on the same planet and claims it in the name of Mars.

Porky Pig is the "Eager Young Space Cadet." The planet that Duck Dodgers and Marvin the Martian fight over is destroyed, and the remaining area claimed by Daffy at the end is barely large enough for him to stand upon. The dismissive attitude to Dodgers' pyrrhic victory is epitomized by Porky's cynical response to his boss's overblown proclamation, "B-B-Big deal." 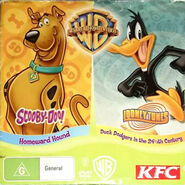 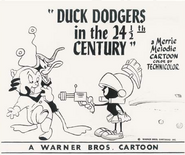 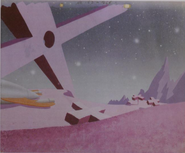