The Eager Young Space Cadet is a character in Duck Dodgers. He was voiced by Bob Bergen.

He is Duck Dodgers' sidekick and his assistant. He is usually portrayed more intelligent than Dodgers and helps him foil his enemies. He often has to take the blame or clean up Dodgers mess. His personality can range vastly, from sweet and kind, to evil genius mastermind.

The Eager Young Space Cadet looks up to Dodgers, seeing him as a father-figure in many ways. He is utterly loyal to Dodgers and doesn't doubt a word he says. Despite being much smarter than his so-called hero, he lets him give all the orders. Dodgers cares deeply for his Cadet though he rarely shows it, and often tries to take credit for the Cadet's work. Dodgers relies heavily on the Cadet's assistance and would likely fail most missions without it. It should be noted that the Cadet is also fairly successful as a ladies man, often being the one who gets the girl Dodgers swoons over. He graduated from the Protectorate Academy. Very little else is known about his past, though one episode portrays him as being the Prince and Ruler of his home planet of Swinus 9, with his own set of villains trying to dethrone or otherwise eliminate him. Since this was revealed in a story the Cadet told while baby

sitting his overly rambunctious niece and nephews, Porko, Puerco, and Sow (a joke on Yakko, Wakko, and Dot from Animaniacs, and even voiced by the same people), and they expressed no prior knowledge of this, it is unknown whether or not this is true or just his attempt to impress his impressionable relatives. He has claimed to have ended world hunger to Count Muerte, although this could be seen as bragging to a stranger. 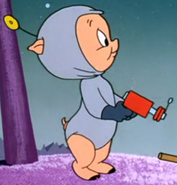 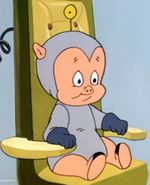 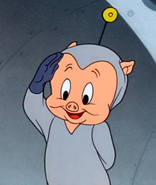 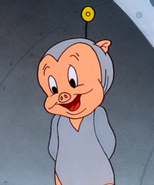 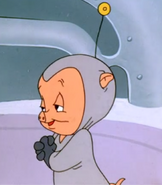