Speedy Gonzales is setting up a fiesta. Daffy Duck sees the balloons and streamers and asks about them, but Speedy says he doesn't see anything. Jealous about not being invited, Daffy plans to ruin the party. He fetches some spare parts from a nearby shed and fabricates a raincloud machine. It poofs out a dreary little duck-sized cloud, but instead of raining on the party it rains on him. Daffy runs away but the cloud follows him. He tries to sidestep it, but it matches his every move. He manages to capture the cloud in a sack and hauls it back to the party, but it continues to rain on him instead. Growing more violent, it zaps him with lightning, spins him up in a tornado, and covers his head like a fog so he can't see and he walks off the edge of a cliff.

Daffy grabs a vacuum cleaner and sucks up the cloud, but unbeknownst to him the cloud just blows out of the other end. Daffy switches the vacuum in reverse, thinking he'll blow the cloud into the party, but it sucks him through the machine instead. Speedy finally reveals that the fiesta is really a surprise birthday party for Daffy.

(1982) VHS
The Looney Tunes Video Show, Volume 8
Add a photo to this gallery 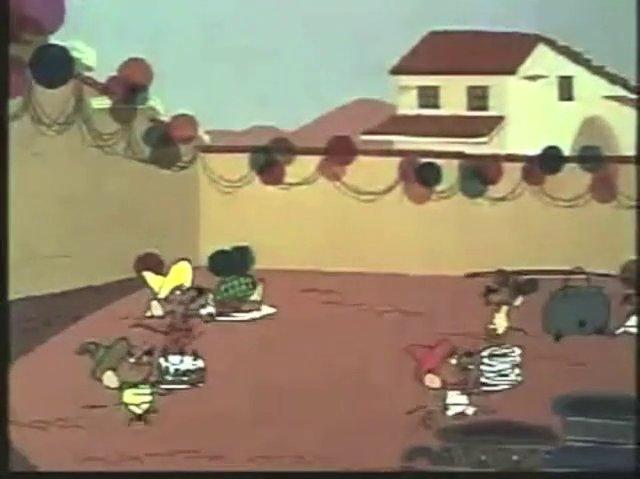 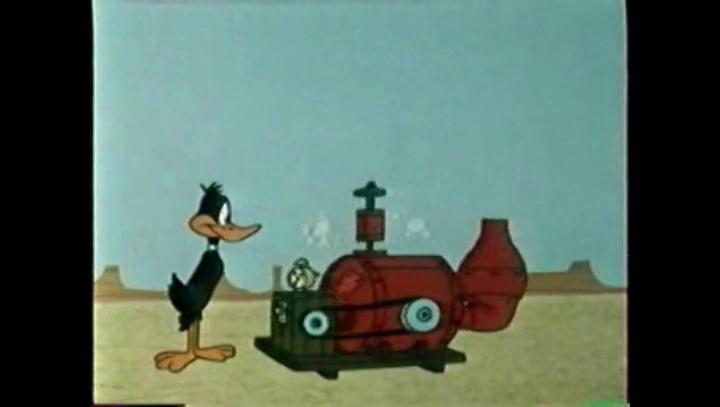 Retrieved from "https://looneytunes.fandom.com/wiki/Fiesta_Fiasco?oldid=197114"
Community content is available under CC-BY-SA unless otherwise noted.