The title is a pun on the Scottish dish "finnan haddie."

Goldfish need water to survive. Cats need goldfish to survive. Cats may hate water, but this one wants the fish that is in the water. The cat tries every way to get the goldfish out of its bowl. He tries rubber gloves, a worm, a hose, and other tactics to get dinner. The cat drains the water, but he loses the goldfish. He gets caught up in sticky flypaper. The goldfish comes out the winner until he lands on the plate for the cat to eat him. The goldfish tries to get under the plate in his fishbowl, getting under the leaky faucet for water, and he finds himself inside the cat's body when he sees a swimming pool as a mirage. He fills the shower with cold water, and the cat locks the door and swallows the key to eat his prey, before realizing he's underwater. The cat tries to get out of the shower, but he finds himself swimming and enjoying sleeping inside a goldfish's bowl while the goldfish glares at him from inside a glass. 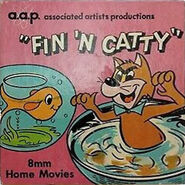 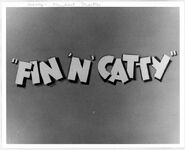