Merlin the Magic Mouse and his sidekick Second Banana travel to the Old West for their next show. While riding by handcar, Merlin slams into a bumper and nearly gets run over, although Merlin hides in his hat. Eventually, they walk to the town of Rattlesnake Gulch and walk to a saloon.

A tough guy exits the saloon wanting to fight someone after chasing everyone else. Merlin comes and the tough guy maniacally laughs, thinking that he can easily beat a pair of mice. Second Banana knocks out the tough guy, much to Merlin's surprise. After the cowboy wakes, Merlin challenges him to a boxing match against Second Banana. He schedules the fight for the next day. That night, Merlin enchants a pair of boxing gloves that throw knockout punches at the sound of a bell so Second Banana can't lose. 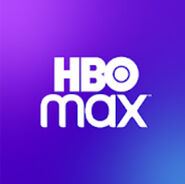 (2020) Streaming
HBO Max (restored)
Add a photo to this gallery

Retrieved from "https://looneytunes.fandom.com/wiki/Fistic_Mystic?oldid=218252"
Community content is available under CC-BY-SA unless otherwise noted.