The title is a play on "vox pop," short for vox populi, the voice of the people, which refers to short interviews among the wide public.

A fox makes a monumental error when he hears that silver foxes are highly prized, not realizing that only the skin is prized, not the fox it's attached to, after hearing a commercial on the radio in a cabin while foraging in the trash alley. After an awful experience at the fox farm, the fox secretly steals the radio from the cabin (without being noticed by the owner), grabs an axe and destroys it. Two crows who see his actions at first think the fox is crazy until the fox tells the whole story. The crows, understanding what the fox has been through, proceed to join the fox in destroying the radio. 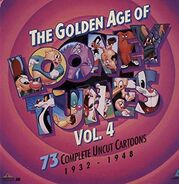 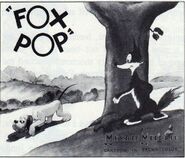