Gregory Lewis "Greg" Burson (29 June 1949 - 22 July 2008) was an American voice actor. He is known for being one of the many successors to Mel Blanc along with Daws Butler, who was his mentor. He also voiced Mr. DNA in the 1993 movie Jurassic Park and Mr. Magoo in the 1997 movie of the same name.

On 10 May 2004, Burson was arrested at his home in Tujunga, California after barricading himself inside his house for six hours. The incident began at 7:20 am, when two women ran out of the house and alerted police when they found him holding another woman against her will. After hours of negotiation he surrendered to cops and was charged with misdemeanor battery. Burson was seen intoxicated and kept shouting bizarre things to the police. One officer said: “He was so drunk we couldn’t tell if he was trying to do one of his voices or was just slurring his words.” Officers had later discovered that Burson had a collection of guns in his home. He had been freed on bail and this incident caused Burson to be blacklisted for the rest of his life.[1][2][3][4]

Burson died from complications due to diabetes and arteriosclerosis on 22 July 2008. He had been struggling with alcoholism in the later part of his life due to being depressed from losing voice-over work.[5] He was survived by his two sons and his brother and his funeral was attended by Gary Owens, Greg Berg, and Gregg Berger, among others.[6] 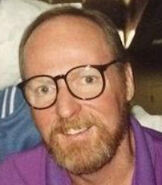 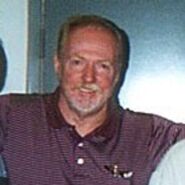