In the opening sequence, Chuck Jones added an animated scene featuring Bugs Bunny & Daffy Duck. The first scene appears at the very beginning of the movie, and features the classic Looney Tunes opening card, causing people to assume it is the short cartoon that usually plays before a movie begins; however, when Bugs appears through the Color Rings on top of the Warner Brothers shield, Daffy interrupts the intro and steals the shield from Bugs. Daffy attempts to recreate the opening with himself in place of Bugs, but the shield overshoots, causing the entire title card to fall apart. Daffy surrenders the stardom, claiming that since he won't star in the cartoon, they might as well just skip straight to the movie. Bugs is willing to do so, and spins Daffy off screen like a spinning top for the movie title to appear.

At the end, Porky Pig and Daffy appear in the end credits. Throughout the film's closing credits, Daffy pops into frame sporadically and spouts off sarcastic comments.

The last scene appears after the credits, and again features the Looney Tunes rings. This time, Porky Pig comes out of the rings and says his usual "Th-th-th-that's all, folks!" line. However, Daffy Duck interrupts again and takes over. After Daffy says the slogan, the back of the Warner Brothers shield smashes him. He peeks his head out to the left side and says, "Fade out!" and the segment ends.

The DVD and Blu-ray include a longer version of the cartoon short. In it, Daffy is informed by Bugs that he has been promoted to executive and is subsequently put in charge writing the title of the movie. When Daffy mistakenly writes the title Gremlins 2 as "Gremlin Stew", Bugs corrects the error. Daffy then attempts to rename the film The Return of Super-Daffy Meets Gremlins 2 Part 6: The Movie, but Bugs rejects this for being too long, changing it back to Gremlins 2 (rendered in the font of the official logo). Daffy then quits his new job and Bugs decides to add in the subtitle, saying it looks "a little skimpy". This material was removed from the film because early audiences expected a live-action film and were bewildered by the lengthy animated sequence. 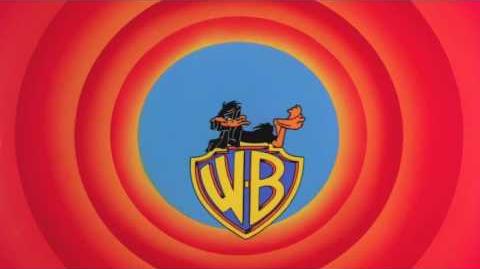 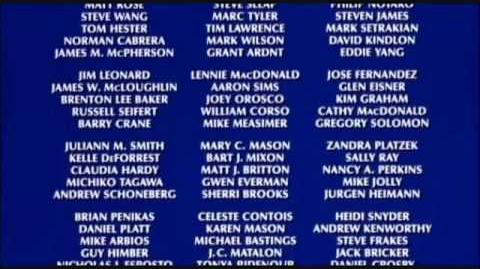 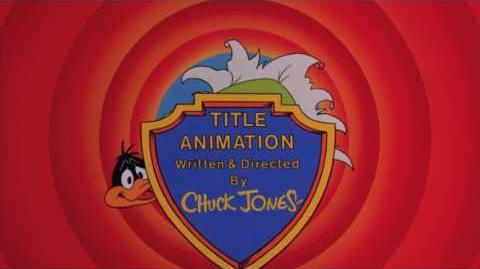