Bugs Bunny boards the Chattanooga Choo Choo and finds two hobos, who look and act like Ralph Kramden and Ed Norton, from The Honeymooners. Ralph and Ed are starving, and when they set eyes on Bugs, they yell, "It's foooooood!" 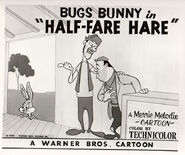 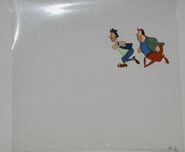