Although the title is an obvious play on Air Force, the cartoon's plot has nothing to do with the military.

On a cold and snowy night, Bugs wangles his way into the good graces, and more importantly, the house, belonging to an old lady. Sylvester, her dog, takes an instant dislike to the Bunny, and most of the cartoon is spent with the two tricking each other into going outside the house and getting locked out. Finally they get into a schtick where they are each throwing the other out the front door in turn, in quick succession. The old lady, fed up with all the bickering by now, intervenes and tells them both to get out, when suddenly she is thrown out, startled and indignant. Bugs and the dog have made peace, and are lazing by the fire. Bugs turns and says, "Gee, ain't I a stinker?" 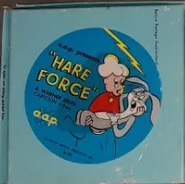 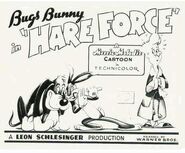 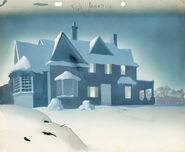