Sylvester won't give some hungry Mexican mice access to a ship full of cheese. Speedy Gonzales decides to challenge him. He proceeds to raid the ship over and over again, making a fool of Sylvester in the process. Sylvester gives in by attending a dance party that the mice throw in celebration of Speedy getting all the cheese.

On Nickelodeon, Cartoon Network and Boomerang, the scene of a famished Fernando putting a gun to his head and giving his sombrero hat to his friend (who asks him if he can have it when Fernando is dead), only to be spared from suicide after being told that Speedy Gonzales will save them is cut.[1][2] 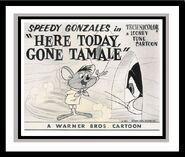 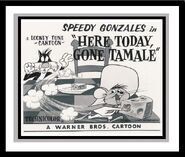