The Hershey Company, known until April 2005 as the Hershey Foods Corporation and commonly called Hershey's, is the largest chocolate manufacturer in North America. Its headquarters are in Hershey, Pennsylvania, which is also home to Hershey's Chocolate World. It was founded by Milton S. Hershey in 1894 as the Hershey Chocolate Company, a subsidiary of his Lancaster Caramel Company. Hershey's products are sold in about sixty countries worldwide. In addition, Hershey is a member of the World Cocoa Foundation.

Wile E. Coyote and Road Runner were featured in commercials for the product in 1986.

Hershey's (One of the All-Time Greats) 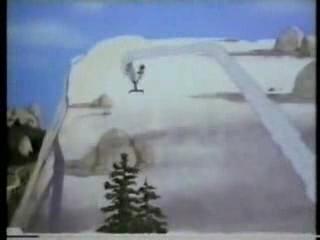 Road Runner Hershey's Commercial 1986
Add a photo to this gallery
Retrieved from "https://looneytunes.fandom.com/wiki/Hershey%27s?oldid=149782"
Community content is available under CC-BY-SA unless otherwise noted.