Hop, Look and Listen is a 1948 Looney Tunes short directed by Robert McKimson.

Hippety Hopper escapes from a zoo. When Sylvester sees him, he believes that that the kangaroo is actually a king-size mouse. A bulldog tries to convince the cat that there is no such thing, but when he too sees Hippety Hopper and his mother (who was searching for him), he and Sylvester hitch a ride on the Water Wagon. 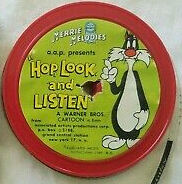 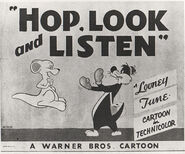 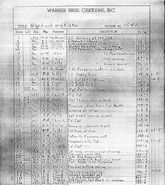 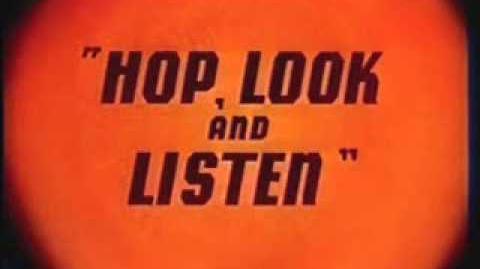