I Wanna Play House is a 1936 Merrie Melodies short directed by I. Freleng.

Two bear cubs, one brown and one black, sneak away from Papa Bear to enjoy a game of hide-and-seek. The black cub goes into a Gypsy trailer and gets drunk on cider. The little bears' harmless hijinks soon turn into danger on the runaway wagon. In the end, the brown bear and black bear land next to the father. The Papa Bear spanks the brown bear again, but then he throws a rock at the black bear. 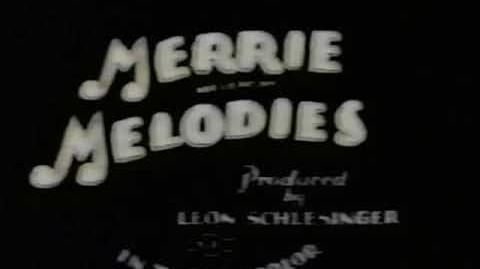 Retrieved from "https://looneytunes.fandom.com/wiki/I_Wanna_Play_House?oldid=199880"
Community content is available under CC-BY-SA unless otherwise noted.