Looney Tunes Cartoons is a revival of the Looney Tunes franchise comprised of one- to six-minute shorts. The series released a ninety-second preview short online on 12 June 2019[1] but made its proper debut 27 May 2020 on the HBO Max Streaming Service.[2][3][4] This is a departure from recent Looney Tunes productions as each short has different artists and visual styles. 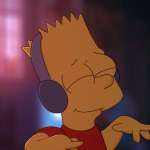