Daffy Duck drives to Mexico for a vacation, and after a harrowing experience with the local cuisine that literally sets his mouth afire, Daffy goes to a bullfight ring to observe the spectacle. When Daffy jeers at the bull El Toro, the horned beast removes the clothes from the human matador and puts them on Daffy as a challenge to the duck to fight the bull in the ring. Daffy foils the bull with a proposed wager on a hat trick, betting the bull to guess under which of three sombreros Daffy is hiding. Daffy sees to it that the bull guesses wrong and supplies a machine gun for the impoverished bull to commit suicide. The bull realizes that he is being fooled and, firing the machine gun, chases Daffy out of the bullfight ring. Daffy scrambles to his car to leave Mexico, thinking he has escaped the belligerent bull. But the bull is riding in the back seat of Daffy's vehicle, unbeknownst to Daffy. 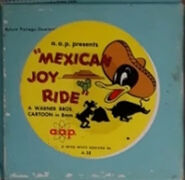 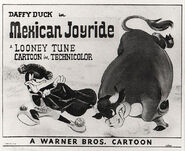 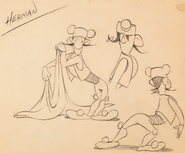 A model sheet of a matador by Herman Cohen