Season 1 focuses on Bugs Bunny and his friend Squeaks the Squirrel with new adventures in the form of shorts. In the later seasons, Daffy Duck and Porky Pig joined the main cast, and other original Looney Tunes characters make recurring appearances.[1] The show was called bugs! in Europe for Season 1.

New episodes have been announced to be aired in the United States after a year-long hiatus. The new episodes were released through Boomerang's SVOD service in addition to airing on television later on. [3] As of 7 April 2017, with episodes sporadically returning to television, the show has moved its new home to Boomerang as the case with all Warner Bros. Animation shows, sans Teen Titans Go! and Unikitty! Season 1 ended in the United States on 27 January 2018 and Season 2 premiered that same day.[4]

On 3 September 2019 reruns of the show began airing on Cartoon Network along with The Tom and Jerry Show.

New Looney Tunes was announced at Cartoon Network Upfront 2014 for a 2015 premiere. [8]

"The hilarious, heroic and mischievous Bugs Bunny you love is back! From Warner Bros. Animation, Bugs stars in an all-new series consisting of comedic shorts that find the iconic carrot-loving rabbit matching wits against (and getting the best of) classic characters like Yosemite Sam and Wile E. Coyote. Along the way, Bugs encounters brand-new foes…and he has help from new friends like Bigfoot and Squeaks the Squirrel."

In Season 1 of Wabbit/New Looney Tunes, the Looney Tunes return to their slapstick-comedy roots. Each episode contains two shorts, starring Bugs Bunny as the main character.

Other Looney Tunes characters such as Wile E. Coyote and Yosemite Sam, show up to annoy him. Some characters are given new traits: Wile E. Coyote, for example, is Bugs' smart-aleck neighbor (akin to Wile E.'s previous outings with the rabbit), Yosemite Sam has a pudgy appearance and a larger mustache, and the Tasmanian Devil (renamed "Theodore Tasmanian") is employed as an accountant, though he represses his true self.

Added in are new characters who come to befriend Bugs like Squeaks the Squirrel and a childlike version of Bigfoot.

Likewise, Bugs faces new villains, but not without the help of his friends. Bugs faces off against Cal, a Barbarian, a Leprechaun, hazmats, or a rabbit version of the Grim Reaper named Carl the Grim Rabbit.

Note: If there is no reference or citation needed tag, the reference for the voice actor is from the credits. 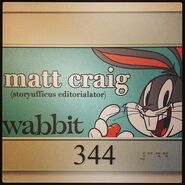 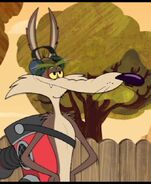 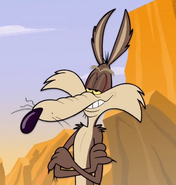 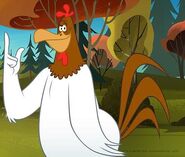 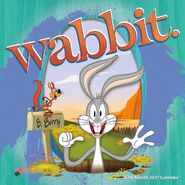 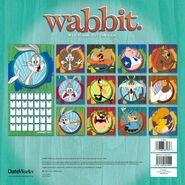 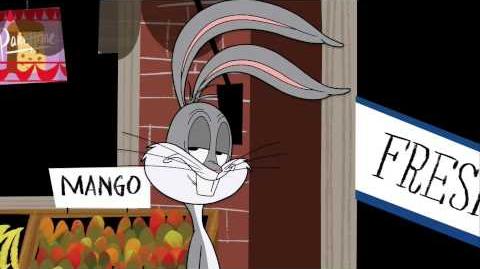 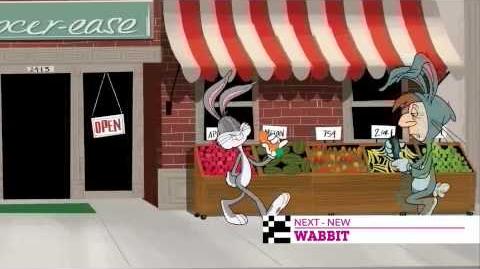 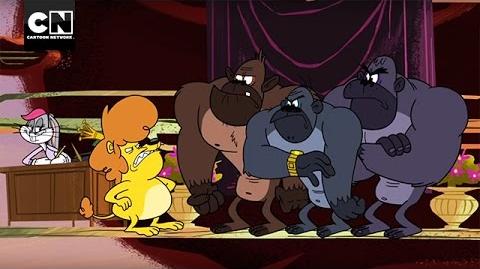 The Royal Treatment I Wabbit I Cartoon Network 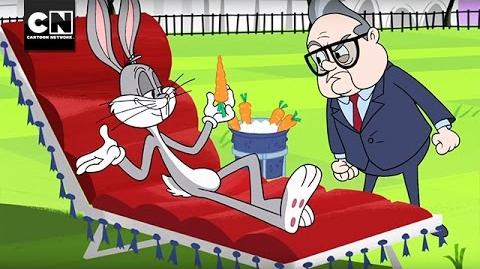 The First Rabbit I Wabbit I Cartoon Network 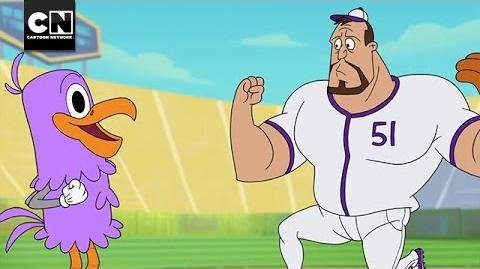 The Cal Zone I Wabbit I Cartoon Network