Of Fox and Hounds

Of Fox and Hounds

Of Fox and Hounds is a 1940 Merrie Melodies short directed by Tex Avery.

A dimwitted hound, Willoughby (voiced by director Tex Avery), repeatedly asks sly fox, George (voiced by Mel Blanc), where the fox went, never suspecting that his "friend" George is the fox. Invariably, George the Fox tells Willoughby that the fox in on the other side of a rail fence, which is actually at the edge of a steep cliff. 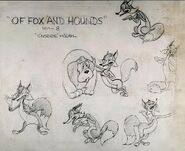 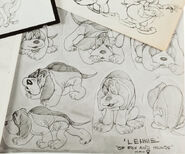