Porky is running a poultry farm. After some hijinks with the chickens and ducks, a chicken hawk arrives, and Porky has to defend the farm, especially after the hawk calls in reinforcements. 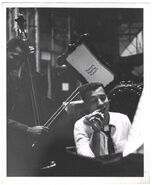 Musicians behind the scenes photographed by Weegee 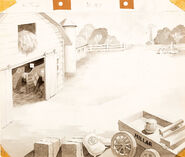