Porky Pig's Haunted Holiday is a side-scrolling platform game released by Acclaim for the Super Nintendo Entertainment System in 1995. So far, it is the only Looney Tunes licensed game to star Porky Pig.

The beta version game was originally developed by Sunsoft, complete with different background music and more hyperactive Porky sound bytes. However, the game was re-worked by Acclaim Entertainment and sold that way.

Porky Pig is having nightmares. Your job is to guide him through the nightmares, which consist of six worlds: a forest, a Western-themed ghost town, underwater, an abandoned mine, a snowy mountain/Wackyland, and a castle.

An interesting aspect of the game is that the weather changes every time you turn on the game, and often weather will vary during the game itself. From one level to the next, it may be raining, snowing, or clear, and may have summer, fall, or winter color schemes. 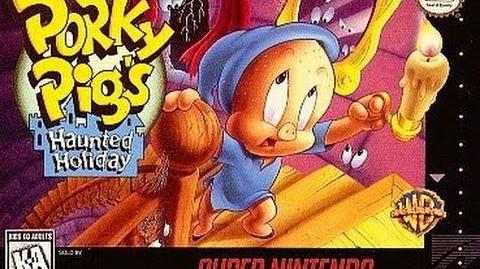 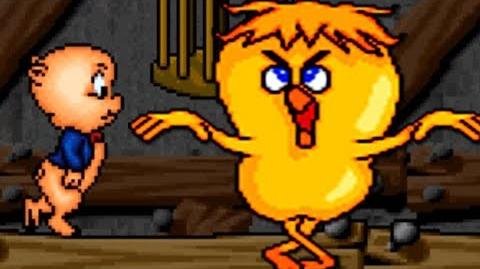 Retrieved from "https://looneytunes.fandom.com/wiki/Porky_Pig%27s_Haunted_Holiday?oldid=199610"
Community content is available under CC-BY-SA unless otherwise noted.