Start a Wiki
watch 01:24
The Loop (TV)
Do you like this video?
Presidents' Day is a Merrie Melodie of The Looney Tunes Show. 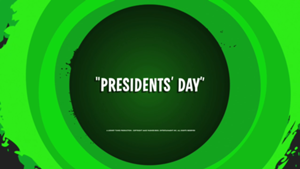 When the snow flurries swirl
And we're all filled with cheer, It's time to celebrate My favorite holiday of the year...

You know which one I'm talkin' about... Presidents' Day.

It's Presidents' Day, and it's time to reflect On those wonderful men that we elect. Abraham Lincoln and George Washington, Thomas Jefferson and Alec Baldwin. Celebrate Oscar De La Hoya Who fought off the British so they would not annoy us. Raise the flag, the stars & stripes Our 41st president, Wesley Snipes Charles Nelson Reilly won the war With the help of his mighty vice president, Thor. We were in trouble at the battle of Manila But lucky for us we had president Godzilla.

My country tis of thee Sweet land of Mr T. and Ms T. They did so much for us Like president Spartacus Who chopped down a forest So we can have softer toilet paper.

O.K., this is really soft. And now let's salute one of our greatest presidents,
President Johnson.
Oh no, no not that one
No. No, sorry not him.
Oh, there he is!

Oh my gosh, I just sounded exactly like President Christina Aguilera. That is so crazy. 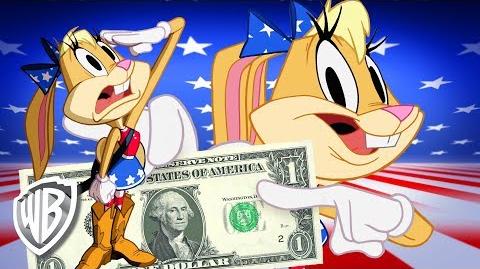