Tweety is cleaning out his nest, saying, "This is what I get for dreaming of a White Christmas!" Both Sylvester and another red cat notice him. They both try to catch him, only to run into each other. The red cat bashes Sylvester over the head and takes Tweety, but Sylvester retaliates.

The rest of the cartoon involves Sylvester and his fellow feline constantly trying to one-up each other and get Tweety, who seems to merely be enjoying himself (i.e. imitating a fake canary, asking to go for a ride on the red cat). Sylvester and the red cat see Tweety's hat on a thin ice rink, and go after it. Tweety is cutting a circle around them; he asks for his hat, which Sylvester desperately obliges in a bid for mercy, and finishes the circle, causing the cats to fall into the frigid water.

Tweety resumes shoveling snow out of his nest. Sylvester and the red cat are in their homes with their feet in warm water, constantly sneezing. Tweety says "Gesundheit!" to each, and continues his work. 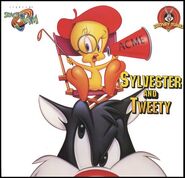 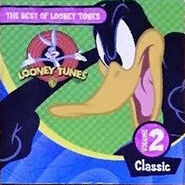 A box for Friz is behind Sylvester