Rhapsody in Rivets is a 1941 Merrie Melodies short directed by Friz Freleng.

The "Hungarian Rhapsody No. 2" by Franz Liszt is "performed" by a team of animals constructing a skyscraper. The construction foreman, a lion, conducts their efforts. 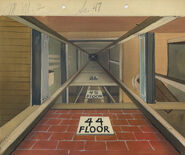 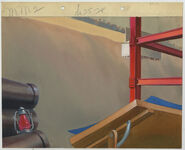