Road Runner is a variant of the platformer genre, based on the Wile E. Coyote and Road Runner shorts. It was developed and released by Atari Games for the arcades in 1985, and subsequently released for many different computer and console platforms, such as the Commodore 64, DOS, the Nintendo Entertainment System, and the Atari 2600.

The player controls Road Runner, who is chased by Wile E. Coyote. In order to escape, Road Runner runs endlessly to the left while the landscape scrolls by. In addition to avoiding the coyote, the player must pick up bird seeds on the street, avoid obstacles like cars, and get through mazes. Sometimes Wile E. Coyote will just run after the Road Runner, but he occasionally uses tools like rockets, roller skates, and pogo-sticks. The roller skates are noted for having rockets on them, and are used if the Road Runner gets too far away from Wile E. Coyote. The permanent hunt makes the game very fast-paced and captures the spirit of the cartoon very well.

The Road Runner dies if the Coyote catches him, he is hit by a car (which pushes him offscreen), steps on a land mine, or if he falls from a cliff. Getting hit by falling boulders will stun him, giving the Coyote a chance to catch up. However, if the Coyote is hit by a boulder while capturing the Road Runner, he will be squashed, and the Road Runner will get another chance. The Road Runner also needs to eat the bird seed, because when he misses 5 of them, he will faint and his opponent can easily get him. The player has three lives initially and can obtain extra lives by reaching a certain number of points. The game does not have an ending, but the landscape repeats after a while, getting more difficult each time.

The Road Runner earns points by default by running across the screen, and will earn points for eating birdseed. The values start at 100, and increase to 200, 300, and so forth each time consecutive seed piles are eaten, going up to 1000 points per seed. If the Road Runner misses a seed, the value resets. The Road Runner earns bonus points for drinking lemonade, jumping over land mines, and luring the Coyote into getting defeated, such as leading him into the path of an incoming car, luring him to a land mine (unlike the Road Runner, the Coyote cannot see the mines,) or getting him hit by a boulder. The Coyote's contraptions also backfire at certain parts of each stage, and a bonus is awarded for that as well. The Road Runner game is notable for having classical music that fits the classic chase theme, including the William Tell Overture, the Nutcracker Suite, and the Saber Dance. When the game ends, the classic Looney Tunes ending theme will play. 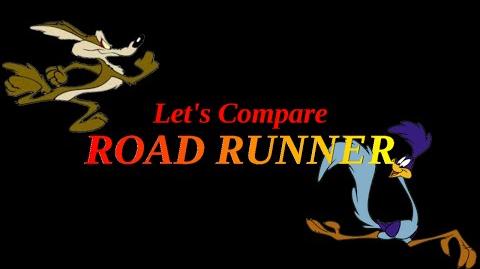 Let's Compare ( Road Runner )
Add a photo to this gallery
Retrieved from "https://looneytunes.fandom.com/wiki/Road_Runner_(game)?oldid=194933"
Community content is available under CC-BY-SA unless otherwise noted.