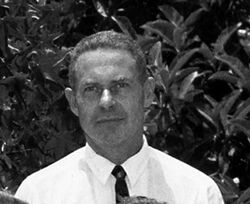 Roderick H. "Rod" Scribner (10 October 1910 - 21 December 1976) was an American animator. He is best known for his work on the Looney Tunes and Merrie Melodies series of cartoons from Warner Bros. His animation was one of the wildest things ever seen onscreen during The Golden Age of Animation. He started as an animator for Ben Hardaway and Cal Dalton in 1938. In 1940, he joined Tex Avery's unit, and worked with Robert McKimson, Charles McKimson, and Virgil Ross.

In late 1941, after Tex left for MGM, he was replaced as the unit director by Bob Clampett. Scribner turned out to be arguably Clampett's best animator. Clampett classics such as "A Tale of Two Kitties" (1942), "Coal Black and de Sebben Dwarfs" (1943), "Falling Hare" (1943), and "The Great Piggy Bank Robbery" (1946) showcase some of his greatest work: his trademark "Lichty style" of animation. Clampett left Warner Bros. in 1945 to pursue a career in puppetry and television. Between 1946-1949, Scribner was put out of action by tuberculosis, although he did some animation on two McKimson cartoons starring Porky and Daffy in 1947. In 1950, Scribner returned to Warner Bros. under Robert McKimson's unit. His animation was tamed down to McKimson's standards, but he still got away with wild scenes, like in "Hillbilly Hare" (1950), "Hoppy Go Lucky" (1952) and "Of Rice and Hen" (1953). He left Warners in 1954 and worked at UPA. In his later years, Scribner worked with former colleague Bill Melendez on various Charlie Brown movies and television specials, eventually starting a studio called Playhouse Pictures, which produced commercials for over forty-five years. 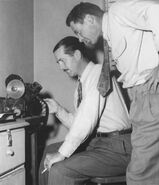 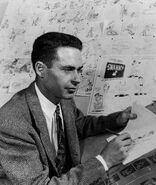