Super Rabbit is the 52nd episode and series finale of The Looney Tunes Show. This episode aired in Canada on November 3, 2013, and was leaked and found online on November 2, 2013, from an Australian recording recorded from the channel GO! The episode finally debuted in the United States on August 31, 2014.[1]

Daffy Duck needs to sell some stuff to buy Tina a birthday gift. He decides to sell a carrot jewel that belonged to Bugs. Daffy asks Bugs why he wants to keep it. Bugs tells Daffy that he's not an Earthling nor is name really Bugs, it's Kalel and that he's from the planet Crypton (with a C not a K). He also tells him he's really Super Rabbit, former hero of Metropolis.

In the flashback, Bugs explains that he used to be a superhero and that he fought supervillains from near and far. Super Rabbit enjoys his life as a superhero; the praises, the parades, the celebrations, and the attention.

One day, Super Rabbit battles a villain named "Braniac" and foils his plan to shrink Metropolis and turn it into a tiny town.

The next night, Super Rabbit is attending a party the citizens are throwing for him, when Lex Luthor interrupts and wrecks havoc. Super Rabbit removes his robotic suit and swings it out into outer space, which proves to be a big mistake.

Many years ago on Crypton, Super Rabbit's father banished an evil villain known as Zod and his evil minions, Faora and Thunkian from the planet for endangering the enitre planet. Zod vows to destroy Super Rabbit and rule the universe.

Thanks to Super Rabbit's carelessness, the villains are freed from their evil prison and are given superpowers and go down to Metropolis to get rid of Super Rabbit.

Depressed, Super Rabbit goes to see his father in the Arctic for advice. Gerel tells Bugs that he desereved to lose becuase he has become a show off, an ego maniac, and villains come to Metropolis because of him. Super Rabbit realizes what he has done and now he must find a way to stop Zod by getting rid of Faora and the robot by using his brain.

Super Rabbit dresses up as a reporter, but Zod and Faora are not fooled by the disguise. Faora tries to kill Super Rabbit but he convinces Faora to leave Zod and he does the same for Thunkian. Now, Zod is on his own and battles Super Rabbit on his own and is defeated. Zod, Faora, and Thunkian in a new prison and they leave Earth forever. Klalel also quits being a superhero because he has learned that power corrupts unless it's tampered by humility.

It is implied that Bugs made up this entire story, to distract Daffy from his true secret identity of Bat Rabbit.

Tina Russo appears in this episode, but has no lines. 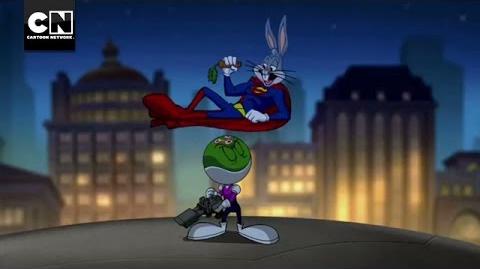 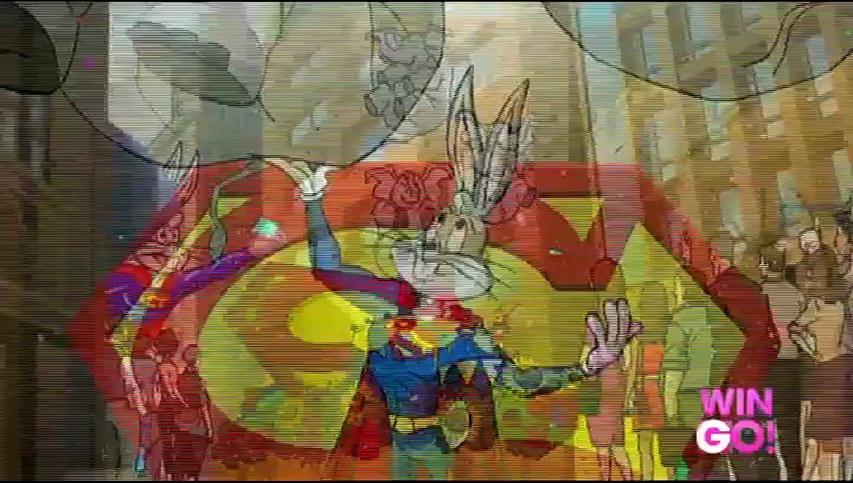