The cartoons are followed by a 19-minute compilation featuring Wile E. Coyote and the Road Runner, with some 31 gags used from 17 cartoons. They are:

The original cartoons and bridging scenes were directed by Chuck Jones and written by Mike Maltese. The "Bugs at Home" bridging sequences were animated by Irv Anderson, Manny Perez, Phil Monroe, Lloyd Vaughan, and Virgil Ross; and the backgrounds were supplied by Irv Wyner and Production Design and Layout was supplied by Maurice Noble and Ray Aragon. A running gag is established at the film's beginning; Chuck Jones had put the "That's all Folks!" card in the wrong place, which Bugs corrects as "That's NOT all Folks!" This happens again at the end; That's all Folks! is being written again, but Bugs stops it, and causes it to reverse as the starting quote mark freaks out at his presence. With a snide "Well?", he makes it rewrite as "That's not quite all Folks!" with "not quite" in red and underlined, before the credits roll. Right at the end, just before the Warner Communications Company logo, the same catchphrase appears but already written out as "That's really all Folks!" then the word "really" is underscored. Prior to this, the WB Shield logo zooms in. On top is Bugs, and he says, "Eat your heart out, Burt Reynolds!" followed by him and the shield zooming out. 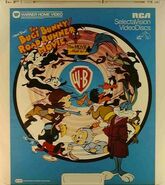 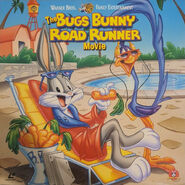 Taken from an airing on the Boomerang LA channel 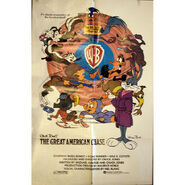 Alternate version of the poster with the working title "The Great American Chase".

The Disney channel promo for this movie

WCI home video version from 1979 with the vertical roll issue 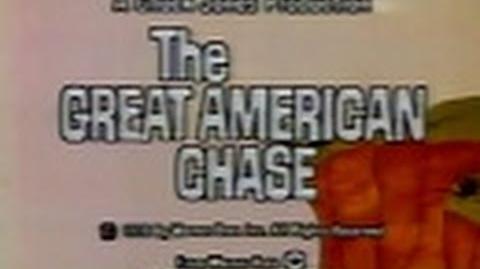 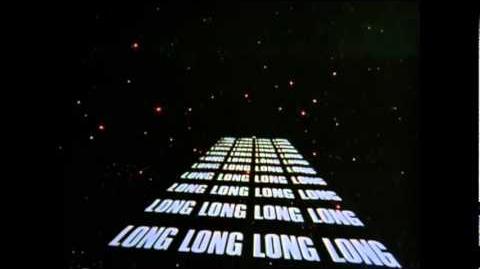