The version shown on ABC's The Bugs Bunny and Tweety Show edits out the entire beginning in which the camera assumes the point of view of a reporter interviewing Pepe, due to the presence of alcohol and cigarettes[1] (though ABC once aired the 1951 Pepe cartoon "Scent-imental Romeo" left in a similar scene of Pepe opening a bottle of champagne and serving it to the cat uncensored). 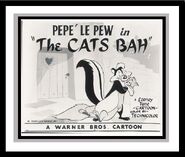 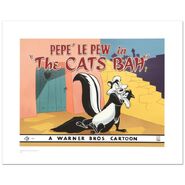 Retrieved from "https://looneytunes.fandom.com/wiki/The_Cats_Bah?oldid=200222"
Community content is available under CC-BY-SA unless otherwise noted.