Crusher is a brutish boxer a professional wrestler. His outward brutish appearance defines his character as a common lout. In The Looney Tunes Show episode "Jailbird and Jailbunny", as an inmate serving a sentence, his behavior stems from anger issues.

He also appeared in a Tiny Toon Adventures episode, featuring two songs by They Might Be Giants: "Particle Man" as a wrestler and "Istanbul (Not Constantinople)" as a henchman.

Crusher also had a cameo role in "Carrotblanca" as a doorman, and appeared in an episode of The Sylvester & Tweety Mysteries titled "Rasslin' Rhapsody". He also appeared in two episodes of Duck Dodgers, voiced by John DiMaggio. Crusher appeared in the web show "Fast Food" on looneytunes.com.

In the 2003 film Looney Tunes Back in Action, The Crusher makes a cameo as one of the judges on DJ's stunt performance. He even appears in the video game based on it.

Crusher was a boss character in the Super NES video game Bugs Bunny Rabbit Rampage. During the fight, various Warner Brothers characters are in the audience, with Pepé Le Pew waving a pennant which reads "Crusher".

He appears in the webtoons episodes "The Cat Stays in the Picture" and "Fast Feud". 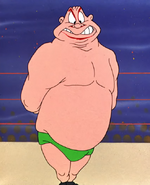 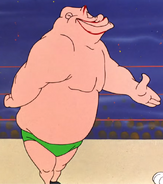 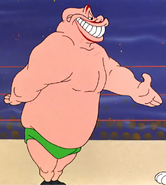 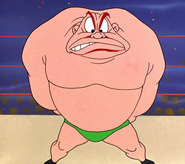 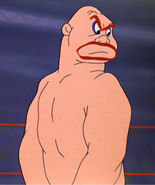 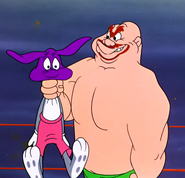 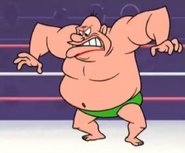