The Unruly Hare is a 1945 Merrie Melodies short directed by Frank Tashlin.

The title is a play on "unruly hair".

Elmer is a surveyor for a railroad company. He disturbs Bugs' rest by singing "I've Been Working on the Railroad" a little too loudly, "an unreasonable facsimile" of Frank Sinatra. Bugs proceeds to harass the hapless Elmer.

Elmer has Bugs at gunpoint, the barrel of the shotgun poking his chest. Bugs says, "Only a rat would shoot a guy... (turns around) ...in the back!" After some more taunting, Elmer fires at point blank range, obscuring Bugs in a cloud of gunsmoke. Elmer turns and says, "So I'm a big fat wat!" Bugs suddenly appears through the cloud, unharmed, and effects a Jerry Colonna-like schtick, "Aaah! Have some cheese, rrrat!" and stuffs a large wad of cheese into Elmer's mouth before scampering off.

Their antics set off trinitrotoluene in the supply store, and the explosion miraculously lays the ties and the track, followed immediately by an engine in full steam.

Bugs is riding away from Elmer at the back of the train, waving goodbye. He turns with a suddenly startled look, and leaps from the train, crashing and screeching to a halt. He stands up, brushes himself off, and says, "None of us civilians should be doing any unnecessary traveling these days!" He walks off down the tracks with a pole and a knapsack over his shoulder, into the moonlight, accompanied by an instrumental bar of "Kingdom Coming". 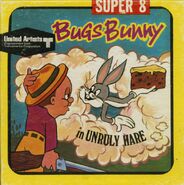 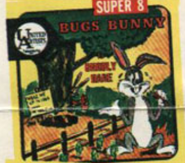 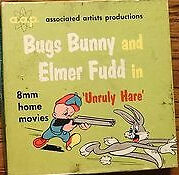