Thugs with Dirty Mugs is a 1939 Merrie Melodies short directed by Fred Avery.

The title is a play on Warner Bros.' 1938 feature film, Angels with Dirty Faces.

Gangster Killer Diller goes on a bank-robbing spree and the police attempt to apprehend him. 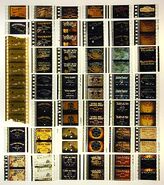 Retrieved from "https://looneytunes.fandom.com/wiki/Thugs_with_Dirty_Mugs?oldid=204241"
Community content is available under CC-BY-SA unless otherwise noted.