Looney Tunes Wiki
Register
Don't have an account?
Sign In
Advertisement
in: Females, The Looney Tunes Show, Characters,
and 5 more

Tina Russo is a character in The Looney Tunes Show. Her debut appearance was in the episode "Double Date".

She is Daffy Duck's tough, savvy, street-smart, rebellious and feisty girlfriend. She's attracted to Daffy, despite his flaws, because, in her own words, "she likes a project." She works at the Copy Place.

She is copying papers and giving Daffy business cards that claim that he is a wizard at the Copy Place.

In Season 2, Tina transformed from more of a "recurring character" role, into a full fledged major character like Lola Bunny or Porky Pig, appearing in almost every episode of the second season, and being a center of focus on several of the episodes such as "You've Got Hate Mail" and "Customer Service".

In "Daffy Duck, Esquire", she tells Daffy that her dad, Frank Russo, is coming to town for the week, but she isn't going to be meeting him, because she fears that her father will not approve of Daffy because he is unemployed, uneducated and is not financially stable. In the end, he approves, after understanding that she loves him. Tina has a sister who went to beauty school and is the mother of her nephew, Zachary. 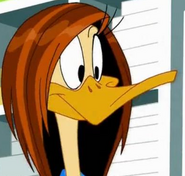 Tina is worried to discover that Tosh is missing.

Tina in The Looney Tunes Show

"You know I've never dated a wizard before."

Tina, ticked off by Daffy 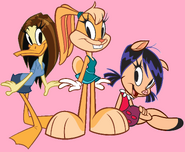 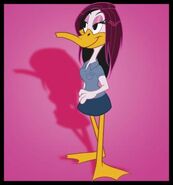 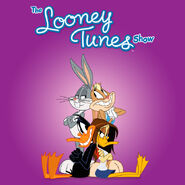