To Catch a Fairy is an episode of Wabbit: A Looney Tunes Prod. It first aired 1 Oct 2015.

Bugs Bunny falls asleep with his head under his pillow and the Tooth Fairy takes his front teeth. Squeaks laughs at him so Bugs pulls one of his teeth and the Tooth Fairy takes that too. Bugs pulls Squeaks' other tooth to bait the Tooth Fairy, and tries to blackmail her with a fake photo, but she just tears it up and takes the tooth anyway. Running next door, Bugs borrows Wile E.'s Freeze-o-matic pistol, and one of his teeth for more bait, and freezes the fairy when she arrives. Squeaks thinks Bugs is going to pull out her teeth, but he just takes her money and buys himself and Squeaks full sets of teeth from the dentist. 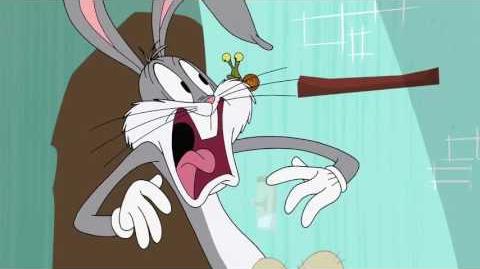 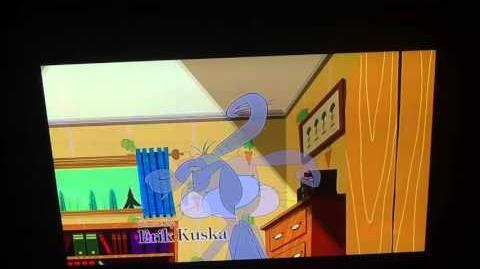 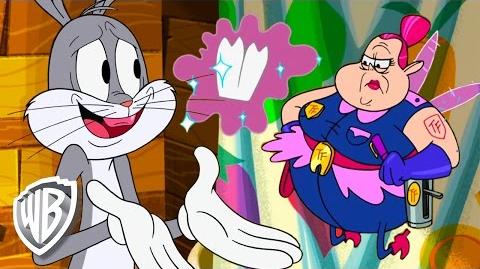 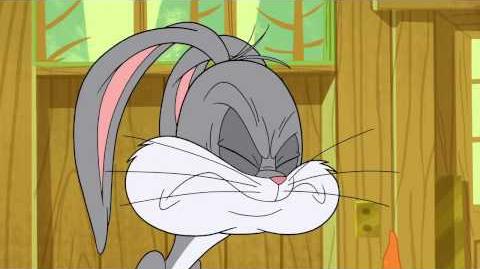 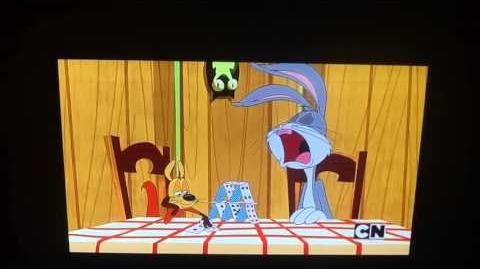 Add a photo to this gallery
Retrieved from "https://looneytunes.fandom.com/wiki/To_Catch_a_Fairy?oldid=147680"
Community content is available under CC-BY-SA unless otherwise noted.