Toro the Bull is a character created by Chuck Jones in the Looney Tunes series of shorts.

He made his debut appearance in the short "Bully for Bugs". He makes short work of the regular matadors, then a burrowing Bugs Bunny surfaces in the bullring. They battle back and forth but Bugs ultimately wins the war.

Toro the Bull appears at the beginning of Who Framed Roger Rabbit, auditioning with other cartoon cows at the Maroon Cartoon Studios for a part in a cartoon.

Toro also appears in the films Space Jam (where Daffy Duck paints Monstar Pound's butt red, causing the bull to charge at it) and Looney Tunes Back in Action.

Toro has also appeared in several Looney Tunes games, such as Bugs Bunny Rabbit Rampage, where he is tricked by Bugs and runs into steel grinders, Bugs Bunny in Double Trouble, in the level "Bully for Bugs" (which itself is based on the cartoon of the same name), and Bugs Bunny: Lost in Time, in the La Corrida boss level. He also appears in Looney Tunes: Acme Arsenal as the boss of the level "Bully for Porky" along with Hyde Porky, in Looney Tunes: Back in Action: The Video Game where he is rampaging in the Louvre, and in Looney Tunes World of Mayhem as Lunar Toro, a Chinese lunar new year variant, and El Espectro, a wrestler toon variant. 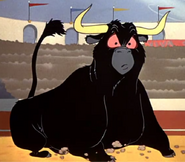 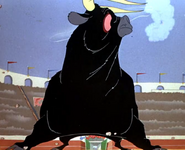 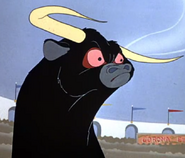 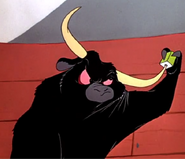 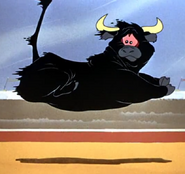 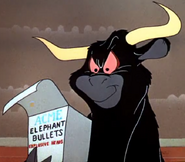 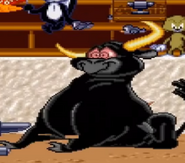 Toro as he appears in the Looney Tunes: Back in Action: The Video Game. 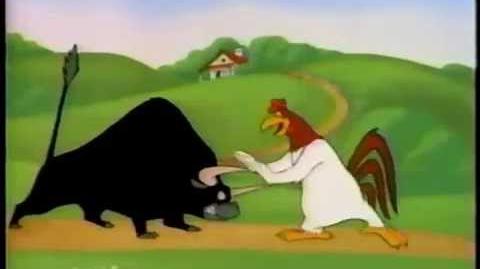