Start a Wiki
watch 01:24
The Loop (TV)
Do you like this video?
Toyota Motor Corporation is a Japanese automotive manufacturer headquartered in Toyota, Aichi, Japan. In 2013 the multinational corporation consisted of 333,498 employees worldwide and, as of January 2014, is the fourteenth-largest company in the world by revenue. Toyota was the largest automobile manufacturer in 2012 (by production).

Since late 1992, this commercial features Elmer Fudd, Foghorn Leghorn and Daffy Duck for the "Cwazy 1992 Clearance" sale. This commercial only aired in Australia. 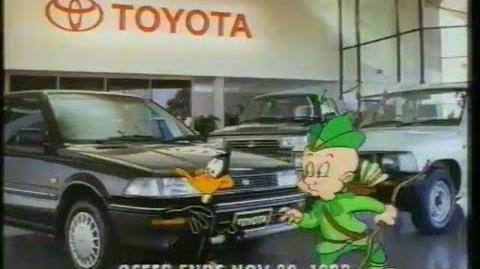 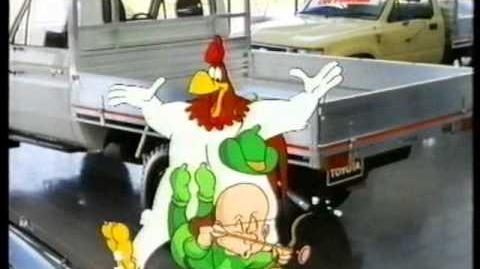