Tress MacNeille (born 20 June 1951) is an American voice actress. She is best known for providing the voices of several Disney characters including Daisy Duck, and for her voice work in The Simpsons. She is also known for providing voices for Babs Bunny in Tiny Toon Adventures and Dot Warner in Animaniacs. 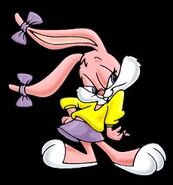 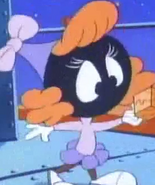 Marcia the Martian
Community content is available under CC-BY-SA unless otherwise noted.
Advertisement