Warner Bros. Animation is a recent incarnation of the animation studio that produced the classic Looney Tunes. Founded in 1980 by Hal Geer, it creates cartoons mainly for television, and their work not only includes new shows for the Looney Tunes characters (Duck Dodgers, The Sylvester & Tweety Mysteries) but also animation featuring the DC Comics characters and Hanna-Barbera properties (since both companies were bought by Warner's; the latter through Turner Entertainment).

For years the opening logo for the company since 1993 was a modern-design Bugs Bunny in a suit and a bowtie, munching on a carrot and leaning on the Warner Bros. shield with one hand, with a sky blue background. This logo was also used for feature films coming from Warner Bros. Family Entertainment.

In November 2008, Warners created a new opening logo to debut with Batman: The Brave and the Bold. The new logo features a much more early-1940s style Bugs, again eating a carrot but this time without the suit and tie, leaning on the shield with his back, with a red background and the "Presents" at the bottom of the shield. The closing variant has the normal Warner Bros. Animation logo with the "A Time Warner Company" byline at the bottom of the shield over a red background. As of 2011, this opening logo is rarely seen on the company's animated TV shows. These logos were retired in 2015. 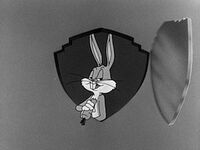 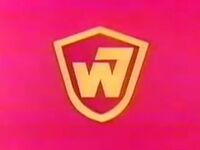 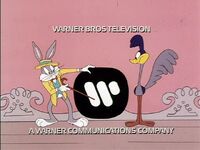 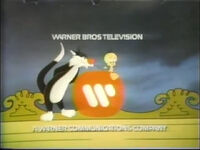 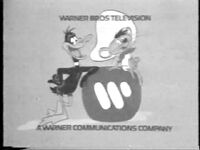 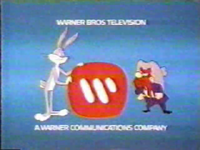 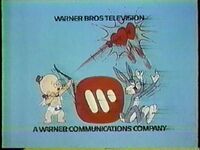 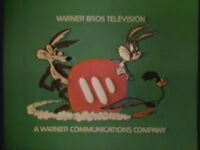 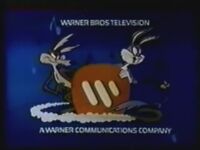 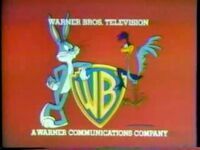 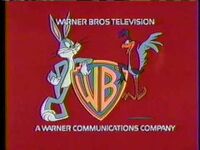 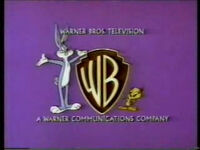 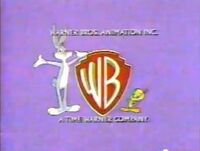 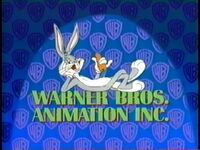 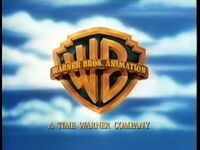 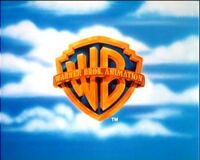 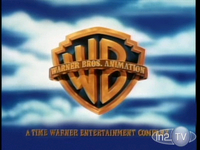 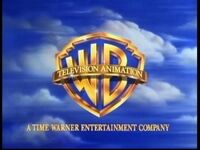 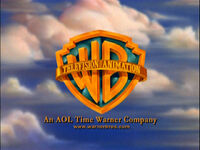 Bugs Bunny inside the shield (The Looney Tunes Show). 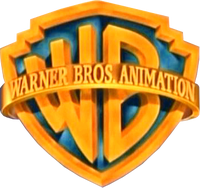 WAG logo without banner
Add a photo to this gallery
Retrieved from "https://looneytunes.fandom.com/wiki/Warner_Bros._Animation?oldid=192733"
Community content is available under CC-BY-SA unless otherwise noted.