Speedy Gonzales and his two mouse companions are lost in the desert dying of thirst when they happen upon a well. However, they shortly discover Daffy is the owner, and he refuses to give them any water, despite their desperate pleas. Speedy says, "Surely one insignificant drop of water wouldn't hurt?" Daffy replies, "No! That's one insignificant drop too much!"

After shooting at them, Speedy and his friends are forced to watch Daffy and his camel not only drink, but shower and water the trees. Speedy devises a plan to lure Daffy away from the well while his friends get some water, but the camel booby-traps it. Speedy tries again and when Daffy shoots at him, he somehow knocks a tree down on himself. The mice's further attempts are foiled by either Daffy shooting the cup full of holes or the camel tripping Speedy. A last attempt involves Speedy traveling underground with the hose, only to have Daffy come out the end and shoot them again.

Finally, Daffy packs his camel with as much water as needed for a journey home and loads the well with dynamite so the mice cannot have any. Fortunately, Speedy ties the string of dynamite to Daffy's camel so the well is safe. Speedy and his friends drink as much as they can, and soon Daffy and his camel come along begging for water. Speedy obliges by spraying him down. Daffy replies, "There's one thing worse than a smart mouse, and that's three smart mice." 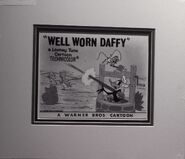 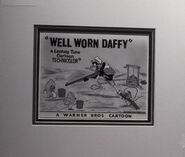 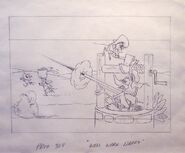 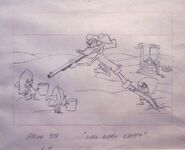