Elmer Fudd owns a farm. Suddenly, Daffy Duck falls from the skies onto Elmer's farm. Rather than be shot, Daffy agrees to be Elmer's personal slave. Daffy is able to torture Elmer with kindness, afterwards he gives Elmer a whip, and dresses up as Abraham Lincoln, while mocking him for the way he whips his slaves.

This short, which hasn't been seen since the 1990s due to its references to Daffy being Elmer's slave (and using references to African-American slavery to illustrate this), was edited on the two times it was shown on American TV: 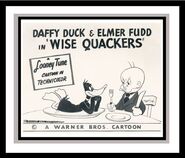 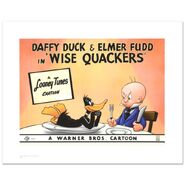